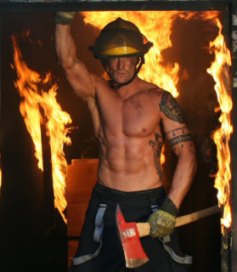 This is a very special Sunday...My release Dating 911 is this coming Wednesday, so I decided to post the opening Six lines from that story.  If you're disappointed because you wanted to see what happened to Ann when she finally got to clinical.  Don't be.  I posted the entire first chapter yesterday here on my blog, so just scroll down to that post.  As always, support my fellow Sixers and read their snippets at http://www.sixsunday.com/  You won't be disappointed.  Thank you all for your support!! After my Six, a blurb and excerpt will follow!  Happy Sunday!
Kathleen 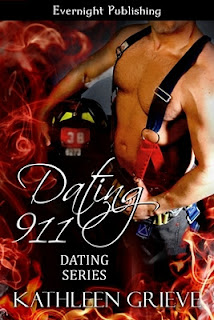 Flames shot through the air as the heat intensified.  The floor beneath his booted feet rumbled and shook.  A burning ache seized his chest.  The sound of his own rapid, ragged breath filled his ears.  Disoriented, he couldn’t see through the haze of thick, black smoke.

Dating 911 will be available Wednesday, October 12, from Evernight Publishing http://www.evernightpublishing.com/

Blurb:
Emergency room nurse, Roxanne Carter is a loser-magnet wishing she could enjoy her single life. Commiserating with girlfriends over butterscotch martinis creates the idea of The Dating Manifesto--a not so scientific research project which promises to point the way to dating success. While gathering data to find the most suitable single men available, she wades through a series of unsavory, stale dates, which literally places her back at ground zero. Just when she is ready to give up, sin personified in the form of sexy firefighter Jett Avery, arrives tainting all of her previous data.


A traumatic warehouse fire, in which firefighter Jett Avery's closest friend dies, has him suffering from Posttraumtic Stress Disorder. Attempting to stave off the worst of his depression, he decides to use his brand of therapy...Sex. The remedy has lost luster until he encounters ER nurse Roxanne Carter.


The pursuit of Roxanne by Jett's twin brother, Doctor Cruz Avery, complicates her research and interferes with Jett's therapy. Does Roxanne choose the brother who by analysis is the perfect match? Or the broken, dark and irresistible one?


Excerpt:
She held up her hands, palms facing toward him. “Stop. This is a hospital. Not some stupid television show where the medical staff is always making out in a closet. I work here. Don’t even think about it!”


Jett closed the distance between them until her hands pressed against his chest, searing their imprint through the thin cotton of his T-shirt. He grasped her fingers and lifted them to his mouth, licking the sensitive tips with his tongue one by one. Heat filled her eyes and she trembled.

“You feel the pull, too. Don’t you?” he asked, dropping her hand.

Jett slid his hands to her waist, and molded her against his erection. A perfect fit. Her sharp intake of breath as she shook her head told him all he needed to know. He smiled. Satisfaction filled him.

“Liar. Shake your head in denial all you want, but I can see the reflection mirrored in your eyes, and feel the powerful draw when I touch you,” he said in a husky tone. He rubbed his stiff cock against her stomach. The intensity of his desire eliminated all reason.

Jett buried his face in her neck and breathed in her sweetness. “Hmm. Today you smell like chocolate.” His tongue traced the delicate shell of her ear as his hands stroked her bare arms. “But you taste like honey.”

Her knees bent and he placed his leg between hers to support her. On the brink of total insanity, he continued his light exploration. His hand skimmed her torso, and skirted the side of her breast. With slow, deliberate care, he let his fingertips graze her collarbone on the way to grasp the back of her neck. Another tremor rippled through her.

God, she felt so damn good.

She tilted her chin and her head rested in his open palm. “Jett,” her sultry voice caused his penis to throb. “This is not a good idea. Anyone could come in here and….”

He pushed his thigh against her crotch. She inhaled sharply, desire deepening the blue of her eyes. “You were saying?”

Her brow furrowed. “And…”


“Intoxicating being a little naughty, isn’t it?” he rasped. He gently tugged her face closer to his. “Hmm. I believe you mentioned the other night that your most recent sexual exploits have been lacking. Let’s add something of interest for your science venture.”

Congrats on the release date!

Love me some firefighters. Congrats on the release! Very hot six!

Wow! A very intense introduction. Congrats on your upcoming release! :)

I'm so happy for you about the release.The beginning is quite intense. Great six.

Sounds like an awesome read! Congrats on the upcoming release :)

Ho-o-ly crap that's a hot excerpt! Congrats on the release date - I've already got this on my to buy list!

An intense and scary opening. Congrats on the upcoming release!

Congrats on the release. Having been a fireperson I can say that you really got the feeling of being in a burning building with your opening

Wow this sounds awesome. Now I have a new series I need to look up. Thanks Linda
linmeza@hotmail.com

Welll that was a hot six!! Fiery! (Not the typical hot six we see on #sixsunday.)

Best of luck on the new release.

Great description there. Congrats on the release!!

Congrats on the release! Great description.

You started that right in the action...great Six and congrats on your release :)

Congrats on your release! Vivid and intense opener.