YOU CAN'T NECESSARILY JUDGE A BOOK BY ITS COVER.... 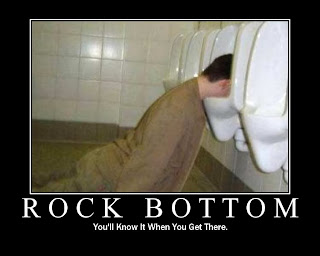 Seriously?  At first look, it is easy to judge him as a "loser" or a "drunk".  Or, a person who has had a little too much fun, maybe?  But be careful with your judgements.

Examine this picture.  As you look closely, do you start to wonder?  How did he get there?  Was this a one time incident, or has his life been spiraling out of control until he fell flat?  Does he have any support?  Where are his friends?  Does he have family?  Is he an alcoholic?  Does he do drugs?  Does he have a mental illness?  Has he just made a series of poor choices?  Simply put,---what is this man REALY like?

Characterization is key.  A person with strong character (in my own, humble opinion) has honesty, integrity, a strong backbone, and coping skills to manage whatever curve balls life decides to throw at you.  He can calmly assess a situation, gather data and facts THEN and only THEN, form an opinion and make judgements.

It really upsets me when people form opinions about a person without knowing all the facts about a situation.  Honestly, the man in the above photo could've slipped on the wet tile and fell face first into the urinal.  Or, maybe he was accosted and robbed while in the bathroom.  Instead, people may and probably have misjudged him.

Authors constantly work on their characterization.  It's what makes a great book.  Readers love to follow a hero/heroine through all of the obstacles that are placed in the way of them achieving their goals.  Conflict, conflict, conflict....

Here's  a great example of making judgements about others.....

Let's take two characters and marry them off.  They've entertwined their lives together.  Mrs. Successful expected to grow old with her chosen mate--sorry, couldn't think of a better term, here.  She went off to college, graduated, became successful in her chosen profession where  she evolved, developed other interests.  She works hard for the family that has grown and comes home day after day to a partner that has become less of a partner over the years--what does she do?

She has given her partner every opportunity to continue with his education, develop other interests outside the home--years go by....say, at least ten.  Mr. Unproductive has never completed one single thing in his life.  He has quit job after job, started college and stopped so many times it makes your head spin. He spends his days playing computer games and watching sports on TV.   He has friends, family, and neighbors fooled.  When they ask about school or work, he always has some excuse as to why  he isn't currently enrolled.  Phrases like,

"The waiting lists are too long"
"They gave me the wrong information, so I missed the deadline for the entrance exams"
"I got called for an interview, but the pay wasn't worth taking the job"
"I was over qualified for the position"
"I'm not working there any more.  They were jerking me around on my hours"

Mrs. Successful  comes home day after day to a house that is a wreck--laundry on the living room floor and dirty dishes in the sink.  Clutter in most of the rooms.  Beds unmade.  Empty water bottles on the night table next to the bed.  Bathroom sink littered with old shavings from the razor mixed with old toothpaste.

The only bright spot are their children.  But the unproductive partner becomes jealous of the time successful partner spends with the kids...  Arguments begin...

Mainly, as Mrs. Successful expands her interests and grows, Mr. Unproductive becomes more domineering and controlling when she is home. He sabotages himself at every turn making it impossible for him to be a productive, healthy person.   His actions become self defeating, pushing the other person away---Let's say he goes so far as to push her into the arms of someone new.  Fights erupt constantly over financial issues, the fact that nothing is done around the house, that Mr. Unproductive won't finish school or get a job to help with the bills...

So, now you have a situation where one person wants out.  Seems simple enough.  Mrs. Successful wants a divorce.  Mr. Unproductive refuses and holds on tighter, stating, "You can't do this. Don't break up our beautiful family."  Promises he will do better.  He will get his degree--get a job.  Mrs. Successful feels guilty--especially where the kids are concerned.  She teeters between what could be--life with a man who is successful in his own right.  Who treats her with love and respect---And what is her reality--each day losing a piece of herself living with a partner who is a master of control and manipulation.

Finally, she decides that she can't go on merely existing anymore and says once and for all that she is leaving.  That's when the story becomes nasty.  Mr. Unproductive decides that if he can't have Mrs. Successful, no one else will.  Then the situation develops to where Mr. Unproductive consciously or unconsciously decides that he is the victim and spins that sad tale of woe about how the "successful" partner "isn't the same person he'd married",  was "brainwashed by her lover to give up such a perfect, loving, family",  and ultimately, turns the children, friends, and family against Mrs. Successful.

Conclusions are drawn on half truths, misinformation, and judgements made.  So far, Mrs. Successful is being persecuted because of these judgements.  Not really fair, but life isn't fair.  Is it?

So, how does the story end?  We will have to wait and see, won't we.

Have a great Tuesday!
Kathleen
Posted by Unknown at 12:11 AM

This blog sounds very interesting! But how does the story end??

It's a work in progress...I will keep the blog posted.
Thanks for reading!
Kathleen